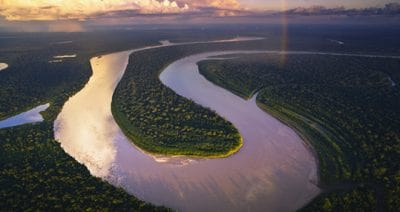 A few years back, I worked on the defense of a major California antitrust case that went to trial in San Francisco. The very first witness to be called was going to be our guy – a top level Persian sales executive known for his flamboyant talk.

He didn’t just say wild and crazy things – he put them into emails too. (The case’s origins started in the late ‘90s, when email was just getting started.)

He worked in a high tech hardware company not known for flamboyance and he stood out like a sore thumb.

He was smart, arrogant, and seemingly uncontrollable. And of course, that is why the plaintiff’s lawyers decided to call him first to the stand. They were licking their chops, knowing they had a series of vulgar and wild emails (some of which included graphic pictures) with which to confront this witness. For good reason, these emails had been the core of the “hot docs” set plaintiff’s counsel had used for years in court briefs. Plaintiff counsel were all ready to use Assef’s own testimony to prove that our guy was the center of a broad-based conspiracy to destroy their client’s business.

Given that I’m writing about the case here, you can probably guess that their brilliant strategy backfired.

Assef was so effective as an adverse witness that he was like a grenade thrown into the middle of the plaintiff’s case in chief. He was on the stand for a week and by the time he walked off, we could see the relief on the lawyers at plaintiff’s table.

Not because we succeeded in changing Assef.

Not because we controlled Assef.

But because our team took the approach of “Let Assef be Assef.”

We didn’t try to change him.

We didn’t try to fix him.

We didn’t try to cover up who he was.

Instead, we created a trial story and themes that worked with Assef’s personality and the evidence.

I call this rolling with the river.

We took advantage of the fact that Assef had not exactly been silent about the fact that he hated the plaintiff’s product and thought it was over-hyped and bad for the industry. He had trumpeted his opinions to anyone who would listen and everyone who wouldn’t.

We created two themes around this fact:  one, that conspiracies usually take place in back rooms, whispered conversations and coded communications – and that was exactly the opposite of what our witness had done. Two, our witness was a passionate guy who believed in freedom of speech and the importance of speaking frankly. That support for free speech was consistent with his support of the open source technology his company produced – not the closed source technology of the plaintiff company.

These themes resonated with a San Francisco jury and made sense of who Assef was in a larger world outside the narrow confines of the plaintiff conspiracy theory. The “freedom of speech” and open source technology theme also had moral power to counter the moral charge of the plaintiff’s claims. We needed that, because our client company had pled guilty to criminal charges in a related case. We needed a theme that was truthful and spoke to broader values than just saving our client’s business.

There was more to our trial story than that, but these two themes were key for putting this witness’s performance in proper context.

Once we had our trial story and themes in place, we then taught Assef techniques for responding effectively to leading questions. These techniques allow the witness to subtly undermine opposing counsel’s efforts to control the exchange and put words into the witness’s mouth.

Assef engaged in this prep with vigor. He was not the uncontrollable problem child that many had feared. He could have been – but we created a context in which he did not need to be. He was a smart and competitive guy who liked to win – that’s why he had been an exceptional sales executive. He saw where we were going with the themes and he liked the way they allowed him to create responses to plaintiff questions that furthered our case at their expense. Assef channeled the same energy that he could use to oppose people to further our prep and it was powerful!

Most people who knew about the case did not believe we could win against the conspiracy claim, given our client’s criminal plea to a related charge and evidence that included Assef’s emails. Attorneys from other firms had offered second opinions over the years and most counseled our client to concede conspiracy and to focus the defense on causation and damages. But that was risky, with damage claims in the billions.

After a three and half month trial and two months of deliberations, our client and our accused co-conspirator defensed the case, winning on the very first question: Was there a conspiracy?

Assef’s testimony did not win the case single handedly, but it played a key role. And there is no doubt that he would have lost the case if he had not been prepared to defeat plaintiff efforts to paint him as the ring leader of their alleged conspiracy.

There are three morals to this story. 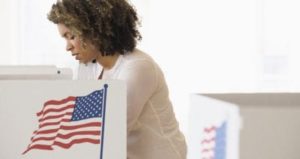 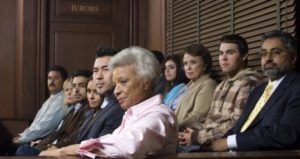 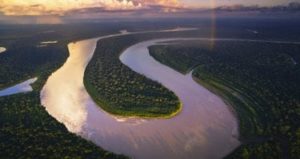